I spent the first ten years of my marriage trying to turn Cynthia into me. (Can you think of anything worse than a female Chuck?) Finally, she’d had enough. 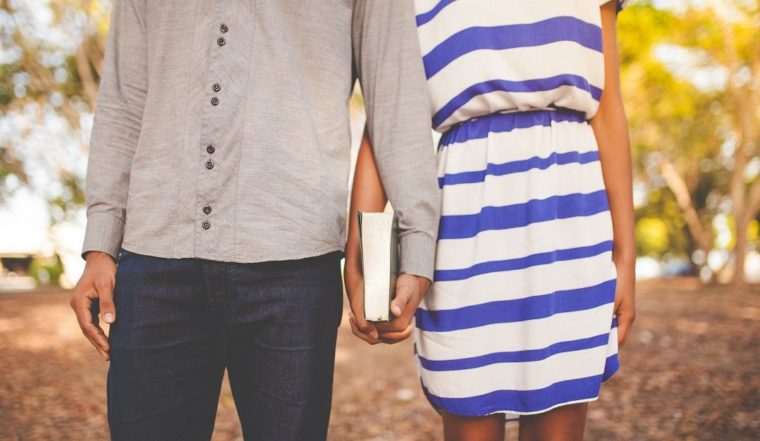 I’ll never forget when she said to me,

I don’t want you to keep telling people we’re ‘partners’ because we’re not partners. I bear your children, and I cook your meals, and I clean the house, but I’m not really your partner. You’ve never accepted me for who I really am.

As we stood toe-to-toe in our kitchen, I got louder and she got louder, until she finally walked out in tears . . . and I was staring at a sink full of dishes.

While doing the dishes I pondered her words and finally softened. I had to admit to myself, She’s right.

We began a four-year process to break that habit in me. It involved some serious counseling that we both sought . . . it was painful but extremely helpful.

And through that process literally, it became a turning point for us as I realized how true her criticism was.

I did very little encouraging back then. She really wasn’t my “partner.” Thankfully, that began to change. I changed!

Many years later at a gathering with some friends from our radio ministry, someone asked Cynthia,

“Why don’t you share some things about the broadcast?”

She walked up and briefly told the history of Insight for Living Ministries. She closed by saying,

“The best part about this is that Chuck and I are in this as partners.”

At that moment her statement put a big knot in my throat. She hadn’t said the “p” word since I’d heard it on that cold kitchen floor years earlier. I’ll be honest . . . we almost broke apart those first ten years.

We didn’t though, because she stayed with me. She stuck it out.

A few years ago, the church where I had served as senior pastor celebrated its twelfth anniversary. I can’t tell you the times during those years I was tempted to say, “I’m out of here!” On one such occasion, I lay in bed with tears streaming, and I sighed to Cynthia, “That’s it. It’s over.”

No, it’s not (she replied calmly.)

(I’m sure by now you’ve picked up on the fact that we’ve gone to bed more than once harboring a bit of disagreement going.)

You just don’t understand (I told her.)

I do understand, you’re not going to quit.

You have how many people in our congregation? Most don’t even know there’s a problem. Don’t you dare do that to all of them.

I owe so much to Cynthia—more than our marriage and our ministry. She has encouraged me by her example to hang in there when things got tough. And as a result, I’m able to look back and see God’s invisible hand.

I am able to celebrate more than twelve years at our church, more than thirty years at Insight for Living Ministries, and more than sixty years of marriage with my “partner.” Those are things I would have missed if I had walked away.

Some of you are on the edge of quitting. I’m certain of that.

Waiting on the Lord is the hardest part of the Christian life. But God does some of His greatest work in the lives of those who wait for Him (see Lamentations 3:22–32).

I urge you, my friend, to hang in there. God is working even though you cannot see it.

I’ve never regretted the times I did not quit . . . though at the time it was all I could do to stay. I’m so glad I did.

You will be too.

Share | Tweet | Pin It | print | email
Categories: The Pastor's Role, The Pastor's Soul
Disclosure of Material Connection: Some of the links in the post above are “affiliate links.” This means if you click on the link and purchase the item, I will receive an affiliate commission. Regardless, I only recommend products or services I use personally and believe will add value to my readers. I am disclosing this in accordance with the Federal Trade Commission’s 16 CFR, Part 255: “Guides Concerning the Use of Endorsements and Testimonials in Advertising.”