One of the reasons I like to buy groceries where I do is because they hire those who are a little slower as baggers. Isn’t it neat to be around people like that? 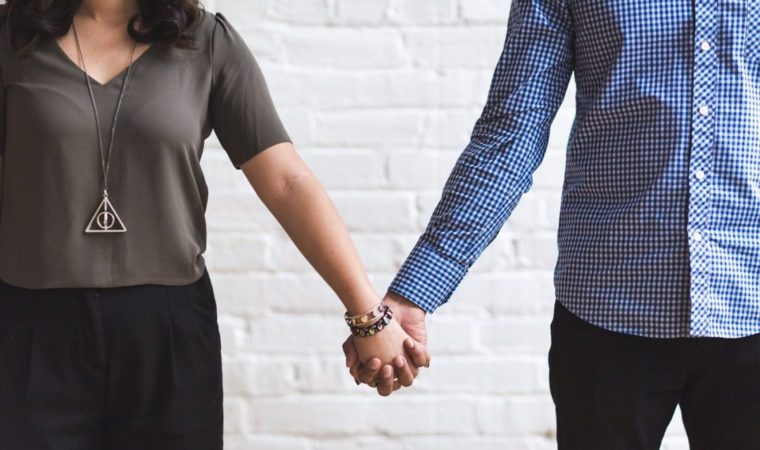 One of them calls me, “Sonny.” I especially like that. There aren’t many people left today who say that to me! He’s about a 35 year old man, I’d guess. “How you doing, Sonny?”

I like choosing his checkout line because he and I always talk together. The other day I told him what a great job he was doing and tears came to his eyes. Isn’t that amazing? You’d think half the people who go through there tell the baggers they do a good job.

He said, “Man, I haven’t heard that in a year.” The manager of the store, who was standing about three feet away, said, “I told you that three months ago.”

Now is a good moment for you to stop and think about encouraging those around you. Just start at home with your wife.

I spent the first ten years of my marriage trying to make Cynthia into me. I can’t think of many things worse on earth than a female Chuck. And I’ll be honest, it almost broke us apart. We didn’t though, because she stayed and stuck it out.

I’ll never forget when Cynthia said to me,

I don’t want you to keep telling people we’re ‘partners’ because we’re not partners. I bear your children and I cook your meals, and I clean the house, but I’m not a partner.

And I was left with the dishes. While doing those dishes I thought, She’s right.

We began a process that took four years to break that habit in me. It involved some serious counseling that we both sought . . . and it was very helpful.

It just about wiped me out, though, realizing how true her criticism was. I did very little encouraging back then. I had picked the people I liked, and those were the ones I spent time with. The others I just used.

It was years later at a gathering with some friends from our radio program that someone asked Cynthia, “Why don’t you say some things about the broadcast?”

She walked up and said, “The best part about this is that Chuck and I are in this as partners.” In that wonderful moment her statement brought a knot in my throat.

She hadn’t said that word, since she had said it to me on that cold kitchen floor many years before. I finally came to realize the importance of accepting my wife.

I often remember Peter’s words to us as husbands, and how our lives at home affect our effectiveness as pastors. I’ve emphasized the result of obeying Peter’s words:

Live with your wivesin an understanding way, as with someone weaker, since she is a woman; and show her honor as a fellow heir of the grace of life, so that your prayers will not be hindered (1 Peter 3:7).

She has a different temperament than you and a different way of thinking. Most wives do, you know; that’s why the marriage works. I invite you to make a serious study of the fourteenth chapter of Romans.

It sets forth an absence of legalism. It underscores the enjoyment of freedom, the appreciation of diversity, a non-controlling lifestyle. It’s all about accepting people as they are . . . and it also applies at home.

I’ve often found it easier to be more accepting and encouraging of the people in our congregation than my own wife. Maybe it’s the same for you too.

Share | Tweet | Pin It | print | email
Category: The Pastor's Home
Disclosure of Material Connection: Some of the links in the post above are “affiliate links.” This means if you click on the link and purchase the item, I will receive an affiliate commission. Regardless, I only recommend products or services I use personally and believe will add value to my readers. I am disclosing this in accordance with the Federal Trade Commission’s 16 CFR, Part 255: “Guides Concerning the Use of Endorsements and Testimonials in Advertising.”