Today marks the 240th birthday of the United States Marine Corps—November 10, 1775. It’s a day I always pause, look back, and call to mind some of the great memories of days gone by. Ah, those were the days . . . 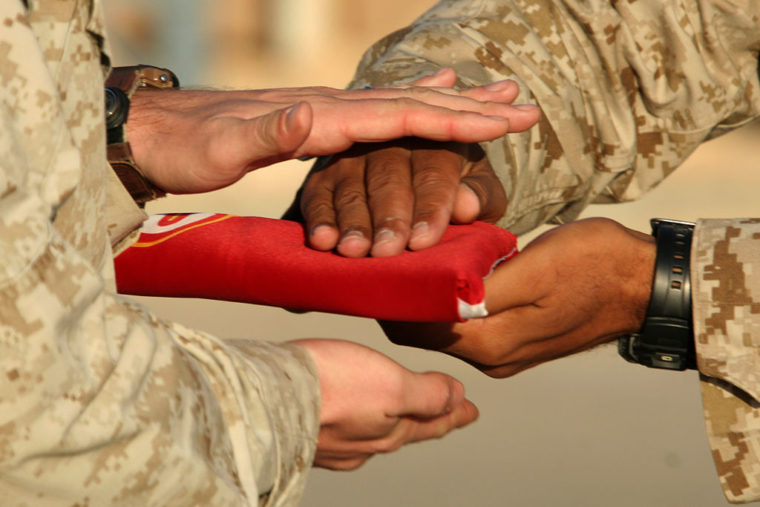 As my buddies and I always screamed in unison before the 10th of November ended:

Exactly fifty-seven years ago tonight, I was in my full dress-blues uniform, brass and medals shining, shoes spit-polished, playing first-chair clarinet in the 60-piece, Third Division Band for Major General David Shoup, our base commander—and Medal of Honor recipient. We played into the night for the annual Marine Corp Birthday Ball at Headquarters’ Company, Camp Courtney, on the American-held island of Okinawa. What a celebration!

That was November 10, 1958. And, believe it or not, even though the final large battle of WWII had been fought (on that very island) and the Japanese had surrendered over 13 years earlier, we were STILL digging Japanese soldiers out of dark caves and deep bunkers located on that island. They stumbled into the sunlight emaciated and bearded, uniforms torn and tattered, boots rotting on their feet. They had no idea the war had ended … and they were still clinging to their rusty rifles, still existing in hiding and living on stolen rice and rodents and roots.

I was a 24-year-old Marine. I had been a husband for a little over three years. And I was living 8,000 miles away from Cynthia, ultimately, for 16 long months.

Ah . . . those were the days; I thought they’d never end! The following April, 1959, I mustered out of the Corps with an honorable discharge (followed by six years on active reserve) . . . in June of ’59 I applied as an incoming student at Dallas Theological Seminary. In July ’59 I was accepted (on probation my first year!), and in August ’59 we moved to Dallas where later that month I began as a first-year student with a Marine Corps flat-top. (Cynthia got a job as secretary to a vice-president at Preston State Bank.) The following summer I hired in as the lawn boy for Dallas Seminary, where I had the privilege of beautifying the grounds for the school I loved. And since the seminary’s president, Dr. John F. Walvoord, loved blooming, colorful flowers, I planted lots of ’em . . . everywhere! It was through his and my early-morning conversations during the summer of 1960 that he actually learned my name. Ah . . . now THOSE were the days!

Thanks for traveling with me along this brief, nostalgic journey through the past. Every November the 10th I pause to give God thanks for His hand on every detail of my life—His hand of SOVEREIGN grace.